Political controversies, economic worries and natural disasters have marked Ecuador. We have worked with emergency aid after storms and floods, but also with disaster preparedness work and long-term projects for girls’ rights.

Ecuador’s economy is largely based on oil exports and the falling oil price has made it more difficult for the government to balance the state budget. To cover its expenses, Ecuador has increased its oil production in violation of the oil exporting countries’ organization OPEC.

The country was hit hard by the El Niño weather phenomenon which brought with it a strong typhoon and floods in 2017. The earthquake that occurred in 2016 also caused major damage and the recovery has taken time for many families. Violence against children and women is widespread and many children, especially in rural areas, leave school too early. 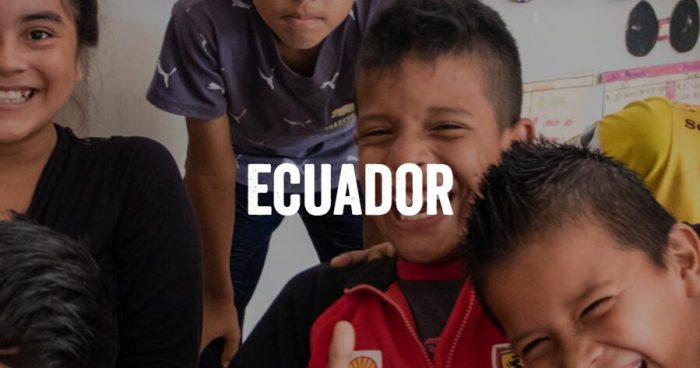 Our work in ecuador

Plan International works to strengthen children and young people’s right to survival, development, protection and participation in Ecuador. Among other things, we have distributed food and hygiene packages to families affected by natural disasters. We have supported disaster preparedness projects. And as part of our long-term work for girls’ rights, we have trained men and women in how they can work for equality and against gender discrimination.

The right to a life of security

It is important that we use this historic opportunity to not only punish perpetrators of violence, but also to allocate resources to try to understand why violence occurs.

In Ecuador, almost 70 percent of all girls between the ages of 10 and 15 have been subjected to violence. Plan International has worked to influence decision-makers and get them to strengthen the law that protects women and girls from violence. In November, the Ecuadorian National Assembly passed a new law abolishing violence against women. It obliges the state to allocate resources to work preventively to overcome the problem. 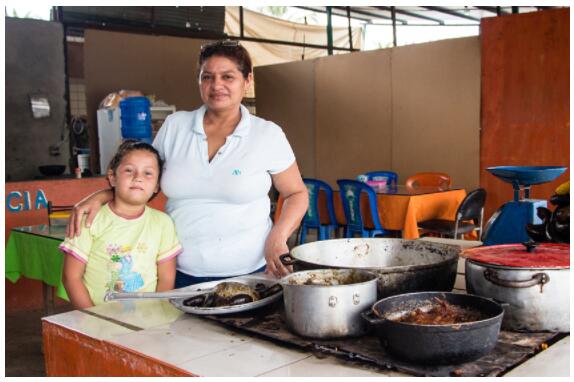 I want adults to stop abusing children and young people. Girls must be allowed to play and do the same things as boys.

In Los Rios and Bolivar, Plan International has worked to reduce the number of teenage pregnancies and sexual assaults and with good results. We have provided tools to avoid, identify and report abuse and none of the participants in the project became pregnant, left school or got married in 2017.

One year after the earthquake in Ecuador, six-year-old Ashley has a hard time smiling. Step by step, she slowly recovers with the help of Plan International’s child-friendly place.

A whole year has passed without Ashley being able to smile spontaneously. In her eyes is the pain of losses that left traces forever. She sits on her grandmother’s lap and tries to come up with an answer to the question of what she wants to be when she grows up. She ponders and tries to choose among the professions she knows, but her dreams were buried in the rubble of a restaurant during the great earthquake in Ecuador on April 16, 2016. In the end, she just shakes her head.

– She was very happy and talked constantly, was always outgoing and liked to play and go to school. But everything changed after the earthquake. She became serious, it’s not easy to get her to talk and she just wants to be here with me, says Grandma Carmen.

Ashley was with her parents and sister at a restaurant the day it happened. In the middle of the meal, the ground began to shake, the parents each took a child and ran. When the quake ended, Ashley and her father could start looking for their mother and sister, but they could not find them. Both were buried in the landslides. Since then, Ashley has not been herself. In the child-friendly places that Plan International set up after the earthquake, Ashley has still had the opportunity to think of something else.

– At first she did not want to be with and just sat on a chair, but eventually she started to play a little closer and slowly the fear began to subside, says Carmen.

This is exactly how Plan International’s child – friendly places are meant to work, to get children and their families to get over the first shock and slowly but surely move on. Ashley says she has learned to always have a bag packed for emergencies, to be calm and to know the collection point. It has been a way for her to work with her fears, Carmen explains.

– We work with play and creation. We also work with so-called pedagogical meditation, a method that helps children reflect on their experiences together with an educator who slowly moves towards talking about risks and how to protect themselves, says Rossana Viteri, Country Manager at Plan International Ecuador.

– Because if it happened again, I want to be able to be helpful. 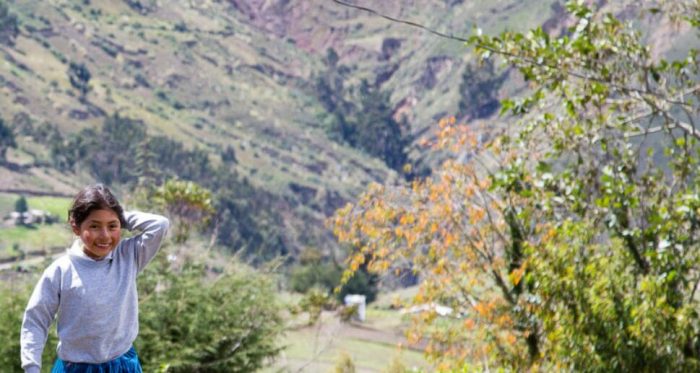