One of the main reasons I went to Asia and not America, for example, was the cost. As already calculated in the planning, the maintenance costs were relatively low compared to other countries. You have to add that it always depends on your own attitude. The house I stayed in wasn’t very clean, nor was it luxurious. A desk, a closet, and a bed were all my room contained. Other students rented a room in a hotel for the semester, which then also included food, a pool and television. In general, you always went out to eat here, because if you cooked yourself, it cost significantly more. The costs for the university and the semester fees were relatively high, as the campus in Malaysia is part of the main campus in Australia.

The university was very well equipped. All of the tutorials I had took place in what are known as the Mac Labs, which have 30-40 Macs. Normal PCs were housed in the library, but so many of them were installed that it was almost no problem to find a free space. Adding that the library was very large and almost all students spent their lecture-free time in it. Printouts or copies could be made for a little money, which was made using the university’s internal card. Approvals for different rooms could also be activated. In my design degree, it was necessary to have a graphic tablet. This, as well as other electronic devices such as DSLR, sound recorders, etc., could easily be borrowed free of charge with a signature from the professor. A bank counter was also installed in the main building in case someone wanted to withdraw money. The university was well equipped all round.

The university itself had a huge range of leisure activities. All interests were represented: singing in the choir, cinema in the theater hall, social projects, excursions to certain attractions, in-house gym or other sports such as ultimate frisbee, football, basketball, rowing, tennis, squash, running clubs or badminton. Here, too, the university was very courteous towards the students, so that you had to pay for very few leisure activities. If so, then it was only a very small contribution to sharing the costs between each other, for example the cost of traveling the van to the river for the rowing students. In my opinion, the campus in Kuching was very student-friendly and fully equipped. Outside of the campus there was also a lot to see around Kuching.

In terms of organization, the Germans are well known to be ahead. Purely from the point of view of my degree program, however, the time was too short to apply any real criticism. I am really very positively surprised how well everything was organized, especially the contact between student and professor. I could turn to any professor with any problems or questions, even if I didn’t have a lecture with him. During the semester I was completely satisfied and had no problems, except that it was a bit very stressful at times. On the other hand, I also wanted to learn something new here, so I don’t want to complain about the demanding ingredient.

I hadn’t had this experience myself, but I like to mention this to other students. If you go to clubs in the evening, you should carefully consider your choice, including with whom you are going. Every now and then there were unprovoked fights at certain clubs caused by the local youth. If you avoid these clubs and go out with your friends normally, these cases will not occur.
However, you should also be careful with the traffic, as accidents can happen here and there, as the traffic is very chaotic. However, if you stay on the safe side in traffic with reason and caution, you are on the safe side.

The best experience for me was the openness of the people here. Since I was also integrated into the “Couch Surfing” group in Kuching, I was in contact with local friends very quickly, which gave me a lot of tips, be it for shopping, events or excursions. If you yourself are a little open and behave in a friendly manner towards others, you at least get that back. With a few exceptions, which you can probably find everywhere, everyone here, as well as strangers in the city and the surrounding area during their studies, were extremely friendly.

In summary, I can warmly recommend studying abroad on this campus of this university. I have only had positive experiences and will certainly not forget this time. 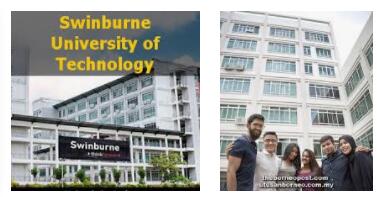